On November 7, 2017, it was internationally announced that 26 young women, estimated to be in the age range of 14-18 had been found dead on the Mediterranean Sea inside a capsized boat. They were presumed to have met their fate about three days earlier. 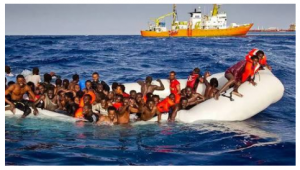 Hope in Timor-Leste: Musings from the 2022 Presidential Inauguration

Our President and The Corruption Feast in Abuja